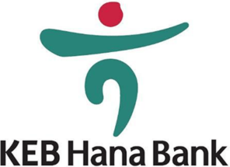 Korea Exchange Bank originally came to Canada in 1981, offering a full range of financial services to Korean businesses and immigrants. Since then, the Bank has evolved and expanded its focus to serve all Canadians. In 2015, after a successful merger with the Hana Financial Group, the Bank changed its name to KEB Hana Bank Canada. KEB Hana Bank is the largest domestic bank in Korea, but it also boasts an extensive overseas network with more than 1200 offices in 25 countries. Its 11 branches in Canada serve the Toronto, Calgary, Vancouver, Burnaby, Coquitlam, and Richmond communities.

The Most Trusted Way to Buy Bitcoin